Dyann has been playing with pattern alterations on the Geneva V-Neck Blouse. We love what she’s done with it.

I think the Geneva V-Neck Blouse has become my new favorite pattern. Recently I had fun with some variations. For the first version, the only change I made was to add a couple of inches to the length to make it more of a tunic. I made it out of some sand-washed rayon from deep in my stash. I love wearing it; it has a great feel to it. For my next version, I raised the neckline in the front as well as the back by 3/4”. I also shortened the bell sleeve pattern piece and made a short-sleeved version. I modified the sleeve facing piece to create a nice cuff. 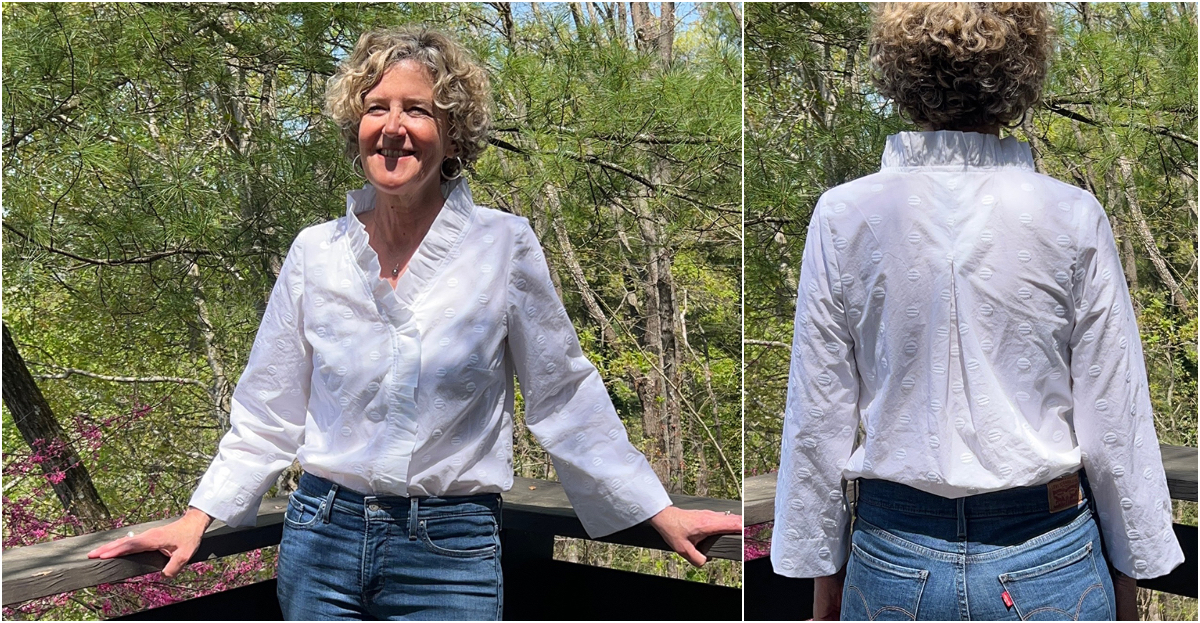 When Liesl first introduced the pattern, she included some inspiration photos and one of them had a v-neck blouse with a ruffle. I had this great crisp white cotton with embroidered polka dots that I thought would be fun with a ruffle. I used a very lightweight lawn fabric, doubled, for the ruffle. I can slip the blouse over my head without the buttons so I sewed it shut and omitted the interfacing on the facings. For this one I used the original neckline depth. For the next version, I used the raised neckline and used a smaller, tighter ruffle only around the neckline and not down the button band. I made a narrow hem at the edge of the ruffle instead of folding it in half as I did with the white version. This one has the lantern sleeves, which I love. I added additional buttons and three horizontal pleats at the bottom.