We are continuing today with our “2015 blog year in review” series by taking a look at all of the patterns that were released last year. There were a whopping eight Lisette for Butterick patterns that came out in 2015! With such a sizable amount, do you remember them all? We’ll be going through all of them to refresh your memory and highlight several of them with a little round-up. 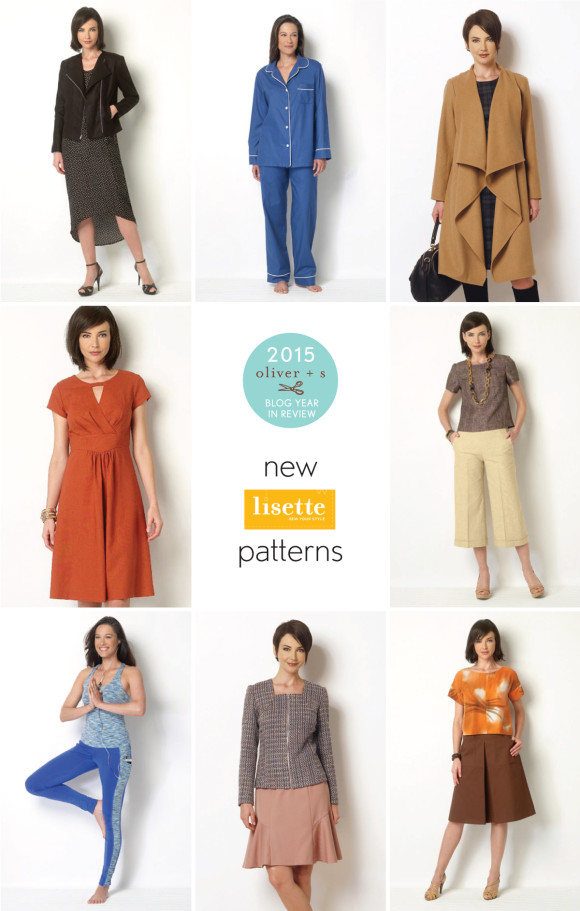 We started out with four new Lisette patterns in the spring.

Liesl hosted several Lisette sew-alongs last year. She started out with the B6169 Moto Jacket sew-along. The moto jacket has been a very popular make and we’ve already featured so many wonderful versions, but here are a few new ones. 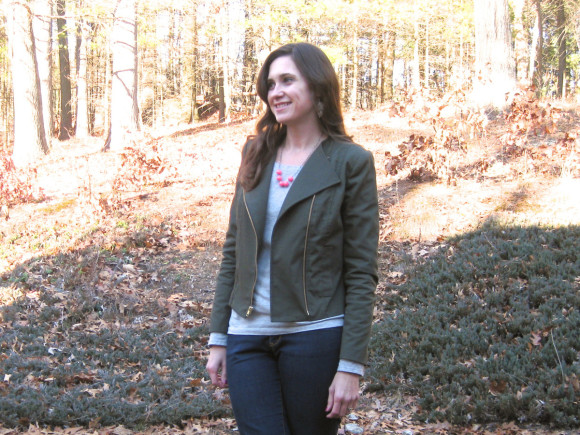 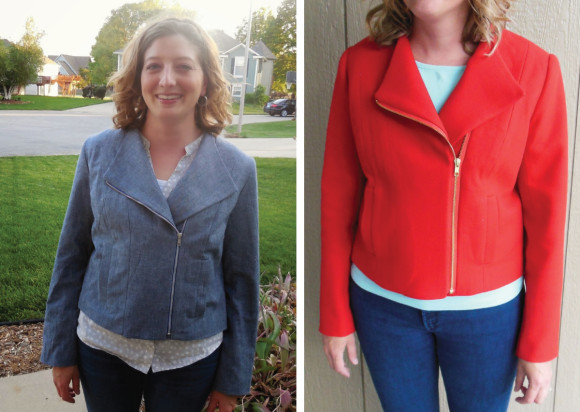 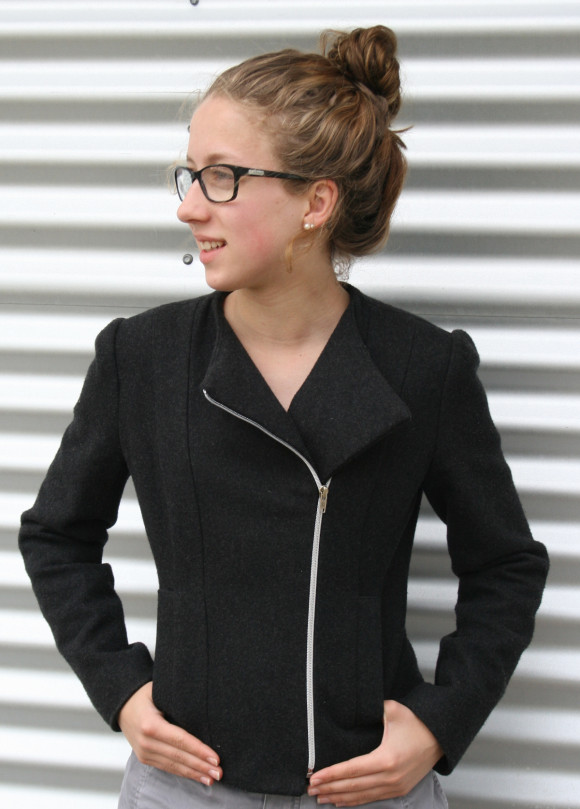 The drapey dress under the moto jacket also had a sew-along. Don’t you just love this modified version that Lori made for herself? 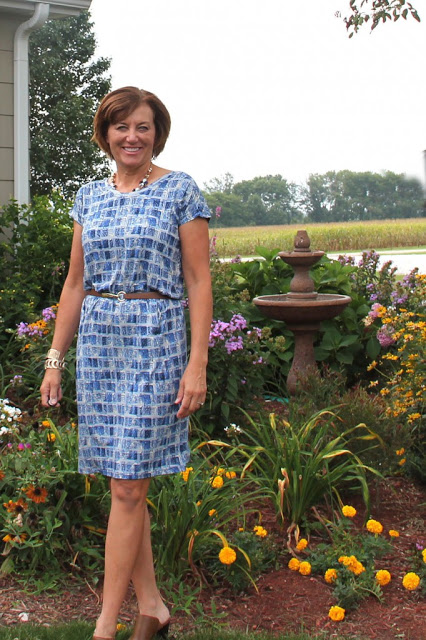 So many people like the cute B6168 fit-and-flare dress and there was a sew-along for that as well. Joanne seems to be a big fan of Lisette patterns because she also sewed herself this dress.

For the fall there were two new releases. The B6244 coat was a big hit! You’ll find the sew-along for it right here. Have a look at all of these wonderful coats, some of them are sleeveless! And finally for the winter there were two new releases. Liesl sewed up both of these patterns and shared what she created on the blog, her lovely Liberty pajamas and faux leather leggings.

As you are wardrobe planning for this year maybe one or more of these patterns will fill in a gap. Which Lisette patterns will you sew this year? Be sure to share photos of your completed makes in the SewLisette Flickr group. And on Instagram tag them with #sewlisette and #butterick.

And in case that wasn’t enough of a fix for you, here’s the Lisette patterns round-up we had on the blog in the middle of last year.