I grew up in the 1970s and ’80s. My awareness of, and fascination with, fashion began in high school in the ’80s, which means that Esprit was a huge fashion influence on me.

Esprit was the epitome of cool back then, and I was captivated by it. The company and their ads felt so European, free-spirited, and contemporary. The brand was really visionary for its time, working with amazing photographers, architects, and graphic artists to create the visual identity for the company. That vision carried over into every product and product category they designed: glasses, socks, shoes, shoe boxes, the feeling of their stores…. Everyone in their ads looked like they were having so much fun, which was a novelty back then, and I especially loved it when they featured their own employees–i.e., “real people”–in their ads.  It was such an aspirational brand. (Although, in retrospect, it was also so white! Where were all the people of color in their marketing during the time of the Cosby Show and Fresh Prince?)

Personally I wasn’t so attracted to the primary colors or very ’80s graphic prints of their apparel during some seasons, some of which haven’t aged so well; instead, I loved the later collections that featured sophisticated styling, layers, mixing of patterns, and an overall relaxed elegance of the clothing.

Years later, long after Esprit had lost its cool and was making a last-gasp effort to re-capture some of it, I spent quite a bit of time working for the company. The new owners sent me to San Francisco to work in their headquarters, which no longer featured the amazing Amish quilts that the founders, Doug and Susie Tompkins, had collected. In fact, by then the building was largely an empty shell, and I had my pick of desks and work spaces while the remaining on-site employees congregated in back corners. Still, it captured my imagination, and while I was there I tried to learn just as much about what it had been as I could.

I still have my Esprit branding book, which demonstrates just how well-thought out the brand was. It’s really quite impressive, even today. Some of the photos in today’s post were taken from it.

One thing I love about Esprit is how classic and timeless many of their styles were. Like this one, which I would happily wear today.

This was also about the time of the “thirtysomething” television show, which my mom and I watched regularly. The couples in the ads still remind me of Hope and Michael. Such amazing relaxed style! Esprit was a master of pattern mixing and color, as demonstrated by this ad. 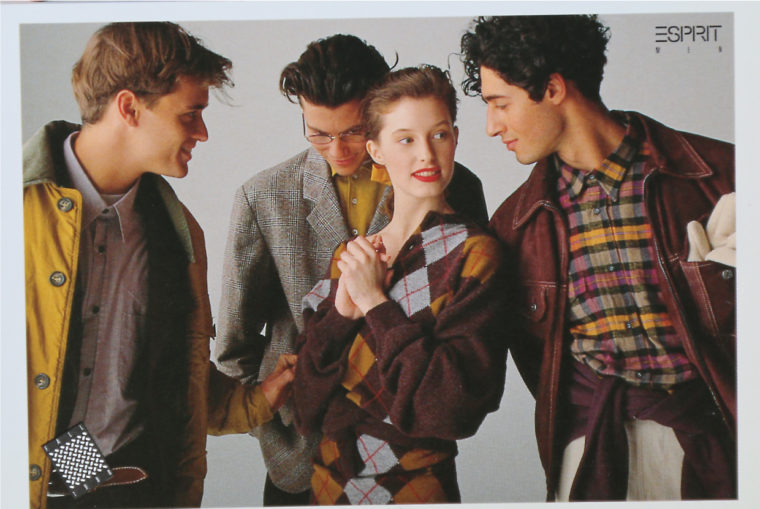 I mean, come on. They made it all look so natural and appealing. 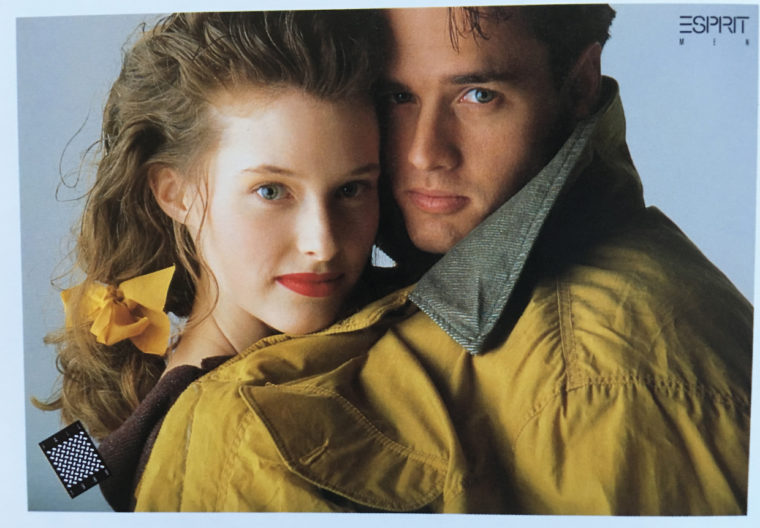 I remember saving both of these ads because I loved the styling so much. I’d still wear these today! And look, there were even Esprit sewing patterns! These still feel so relevant and inspirational, although the proportions may need a bit of tweaking and updating.

Maybe you had to live in that time to really appreciate the brand, but I still think of Esprit a lot. The clothes were classic with a twist, which is largely what I try to do with my own designs and wardrobe. I definitely count Esprit as one of my fashion inspirations.

What are you sewing this weekend? I’m working on some personal sewing that I’ll show you soon. I hope you’re making something that excites you!