I missed you last week. I didn’t check in like I usually do on Fridays, but instead I took advantage of the holiday to finish writing my book! After 1 1/2 years of work, the manuscript is with our very capable proofreader before it goes to layout and production. I still have a few samples to sew before the last big photo shoot, and then this long project is off to the printer. I’m really, really excited to reveal all the details to you in a few months, and I think you are going to be extremely excited about it when you learn what the book is about.

In the meantime, however, I hope you had a wonderful Thanksgiving holiday. We didn’t really have much time to celebrate, but we had a lovely time in Paris the week before so it all worked out just fine. We ate really well, did a little fabric and trim shopping (La Droguerie, Lil Weasel, France Duval-Stalla, and a few others) and saw as much of the city as we could in 2 1/2 days. We even managed to catch a Gregorian mass at Notre Dame just before we left for the airport, which was quite a treat. And S took her usual portrait of Bear at the Louvre, which may have been my highlight of the trip. I love watching her live her childhood.

Last week marked our third month of living in Spain! I was quite proud of myself for semi-gracefully managing a complicated request in Spanish this week, so I can see that I’m making slow but steady progress toward learning the language. S is working very hard and making great progress as well.

I loved Marsala, Pantone’s 2015 color of the year, since I’ve always been a fan of burgundy. What do you think about the new colors for 2016: Rose Quartz and Serenity? We’ll be making these for sure this weekend! Wouldn’t it be fun to hand quilt a Lullaby Layette jacket with a running stitch and purl cotton? I think it would make a really special gift, and it’s small enough that the quilting wouldn’t take too long. 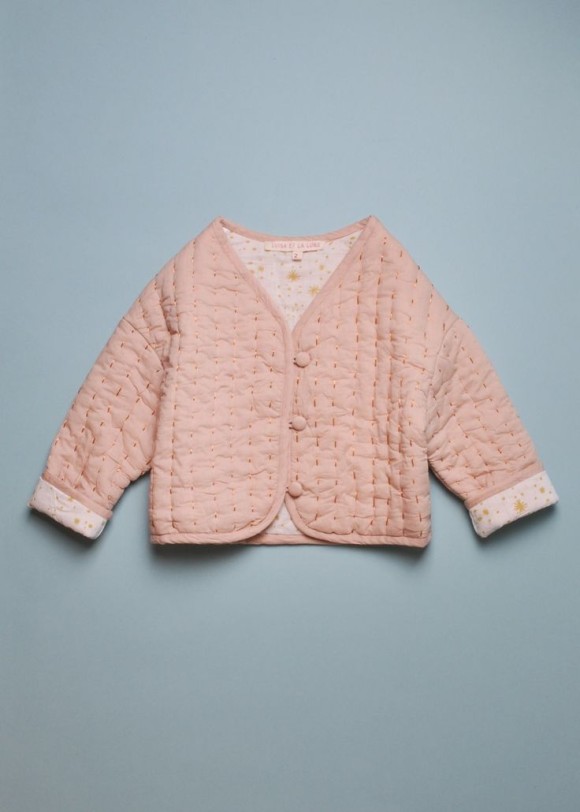 Here’s another cute idea for gift packaging, especially if you’re going the gift card route. (We’ll be giving S a gift card this year so she can buy books for her Kindle; it’s the best way for us to get books in English right now.) Have a wonderful weekend. And sewing projects in the works?